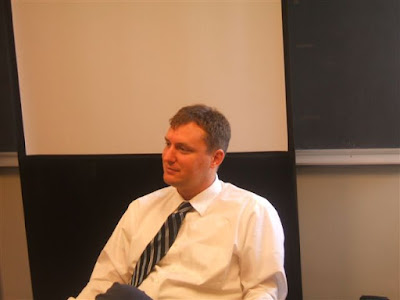 Ed's talk was titled "The Noose and the Cross: Race, Religion, and the Redemption of Violence in the Works of W. E. B. Du Bois," and discussed lynching and the way W.E.B. Du Bois worked to find redemptive value in this violent expression of white supremacy. Ed discusses this in great detail ch. 4 of his book W.E.B. Du Bois, American Prophet. (On a side note, the University of Pennsylvania Press has a unique deal for adopting Ed's book for your course--open access to the author who could conduct an email exchange about the book, conference call dialogue, or face-to-face interaction with your students.) The lecture also covered Du Bois's short stories, religious art from the Harlem Renaissance, Jeremiah Wright, and even religiously-themed artwork relating to the life of Tupac Shakur and Barack Obama (and here), among other topics. 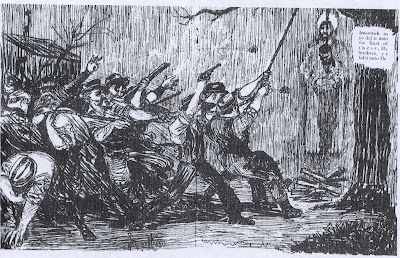 As I remember it, these were the Q&A question topics (question are hard to hear on audio):

1) religion/hip-hop/"G" not gangsta but reference to "God/deity"
2) LeBron James/messianic images
3) Du Bois's use of religion for strategic, pragmatic purposes only
4) religious imagery/Nation of Islam/civil religion
5) Du Bois's "lost voice" prior to/during the Civil Rights Movement
6) Is Du Bois spiritual and/or religious? Neither? Religious not spiritual; spiritual, but not religious?
7) religiously-sanctioned violence (Christianity)
8) secularization and narratives of American religious history 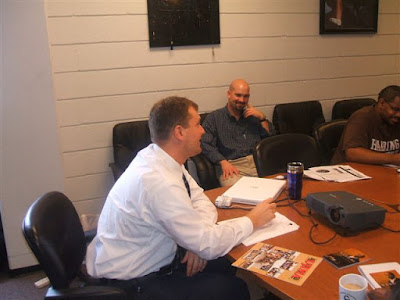 Ed Blum, Baldblogger, and The Proletarian.

Great post phil; I was writing one but think I will just create a link to your blog.

Thanks, man. Look forward to more conversation soon. Also, did you get a chance to see Dyson on CSPAN on Sunday?

I missed it. Did you tape it? The great thing about CSPAN is that they re-run programs. Did you see it?

Taped it; hopefully will finish it soon.