Practicing Pentecost: The Church Across the Color Line 2.0

Here's part 2 (of 3) of my interview with Jonathan Wilson-Hartgrove.

Baldblogger (BB): In conjunction with your peacemaking efforts, you write that you and your wife had to “become black” to start to more fully understand your life at St. Johns’s and to more fully understand who Christ is. I wonder if you could briefly elaborate on this, and perhaps explain how this has influenced your understanding of the Bible and your own devotional habits. And a question for parents: besides embodying justice in terms of where you live and worship, and how you speak, how will you “teach” racial justice to your child(ren)? 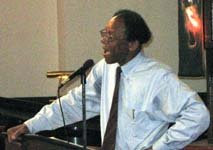 Jonathan Wilson-Hartgrove (JWH): In the story that I tell, I try to take seriously James Cone’s claim that white people need to “become black.” Of course we can’t change the color of our skin, and the point isn’t to “act black” or “talk black.” Cone’s point is that just as Jesus was “numbered with the transgressors,” those who want to follow him in America today must be willing to bear the stigma of the oppressed. We aren’t called to “fight for the poor” as much as we’re called to join the struggle of those who are systematically excluded in our world.

All of our deepest convictions about who we are and what we want to be come out in parenting. My friend Amy Laura Hall has written about this in her book Conceiving Parenthood. For me, parenting is about continuing to learn the racial reality we live in. My son is black, so he has to face challenges that I did not have to face growing up. I don’t know enough to teach him all he needs to know. But that means I am dependent on others in the beloved community—black brothers and sisters who can teach him both how the world will hate him and how he can love his enemies. It always takes a village to raise a child, but Leah and I know we need our church and community in very real and practical ways.


BB: Your meditations on the practice of hospitality as it relates to your move into Walltown reminded me of the numerous conversations I’ve had with black friends and colleagues who are also committed to reconciliation. They surmise that race reconciliation is a noble goal, but that without economic justice, it is difficult if not impossible for what we might call collaborating for justice. In light of this, is there hope for those millions of Americans who live in suburban America? Or, perhaps are there other issues to deal with for those who do reconciliation work in the suburbs?

JWH: The suburbs are complex, and I don’t want to simplify them into the enclave of middle class success. That’s how we’ve idealized them in public discourse, but in most of our major U.S. cities, first ring suburbs are where the poorest of the poor now live.

But you’re right: reconciliation is always about economic justice. And economic justice is never just about “those people” fixing the system. It’s about all of us repenting of the ways we use some people so that others can be comfortable. You have to reckon with that whether you live in the suburbs, in the inner city, or on the farm.

Reconciliation is about setting out together with people who are not like you toward a way of life that is good for all of us.


BB: In Michael Eric Dyson’s newest book, April 4, 1968: Martin Luther King, Jr.’s Death and How it Changed America, he observes that King said that after the death of white privilege black equality would emerge (p.17). It seems that this is one part of what you argue in Free to Be Bound, stating more specifically that white encounters with various forms of “death” may bring new spiritual life. Is this a correct reading of your work—and can you respond to these thoughts? 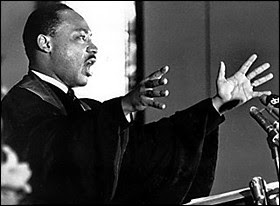 JWH: King articulated this so clearly: the legacy of a slave economy is a pattern of life that depends on someone else to do the dirty work of the middle class. The Poor People’s Campaign was about saying to America, “We cannot live without our sanitation workers, our cooks and our farm workers. If we refuse to acknowledge the dignity of poor people, America will go to hell just as sure as the rich man, Dives.”

This is the message we as a country rejected when we killed King. But King’s willingness to die for this cause gives me great hope that the gospel does have the power to transform us even now. Beginning on the ground where we are, we can receive the gift of God’s love and make sacrifices for the sake of our neighbors, building the beloved community King dreamed of. We don’t need another King so much as we need an underground movement of little communities who live the subversive gospel under the radar, showing the world that another way is possible.


BB: Your chapter on connecting the history of racism with contemporary immigration concerns is just brilliant, and you offer a hefty criticism of multiculturalism and its discontents. You write: “Another way of saying this is that the language of multiculturalism makes it harder for the church to speak in tongues” (p. 181). I wonder if you could elaborate on this powerful thought—perhaps figuratively or metaphorically what it means for white Christians to speak in tongues?

JWH: Speaking in tongues, for me, is talking with people who aren’t like me. It means listening even when I don’t understand and trusting God for a miracle. It also means speaking when I’m not sure I’ll be understood.

Joe Biden got in trouble for calling Barak Obama “articulate” at the beginning of his presidential campaign. It’s not PC to say it, but Biden was just saying what multiculturalism assumes: black people are safe so long as they talk like white people. I worry about multiculturalism because it seems to reduce everyone to the common language of middle class values.

But that’s not what the Holy Spirit does. God makes it possible for us to understand and be understood by people who are not like us. Cone says white people need to “become black” in the sense that we need to identify with the oppressed. But I also have to admit that I’m always white, just as my black brothers and sisters are always black. By miracle, we can understand one another and live in community.
Posted by Phil at 5:40 PM

Thanks for sharing these thoughts and insights from Jonathan with us. You ask some really deep and probing questions and I hope that others will take up where you and Jonathan have left off because a lot more needs to be said and done here.

I have more to say about this issue, but for now household chores are awaiting.

BTW, I wrote a follow-up response on my site to your comment. Thanks for stopping by.

phil that is pretty moving and inspartional thanks