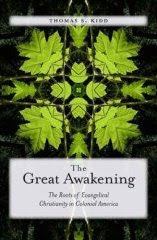 Today's post features the first of a three-part blog interview with historian Tommy Kidd, associate professor of history at Baylor University. The recipient of numerous grants, teaching awards, and named in 2007 as a History News Network "Top Young Historian," Kidd's latest book is a synthetic treatment of the Great Awakening--a series of religious revivals during the eighteenth century--and is the main subject of this interview. We'll discuss scholarship, spirituality, and teaching.


The term great awakening itself has a rather long history--first used in the nineteenth century to describe the eighteenth century religious revivals--and has received recent press via Jim Wallis's latest book by the same title. The Great Awakening was an important moment in American religious history, and remains a salient topic of discussion and fruitful area of research, writing, and teaching.

Baldblogger (BB): For those unfamiliar with your work, or for first time visitors, if I may I’d like to begin with some autobiography. If you don’t mind, briefly trace your academic journey through your undergrad years and grad school. Any formative teachers? Why were they so influential?

Tommy Kidd (TK): I am a native South Carolinian, and received a B.A. in political science from Clemson University. During my undergraduate years, I became more interested in history, and decided to take a M.A. in history at Clemson. From there, I went to the Ph.D. program at Notre Dame, where I studied with George Marsden, who undoubtedly has had the most profound influence on my writing and intellectual development. Readers will note that The Great Awakening is dedicated to Marsden. 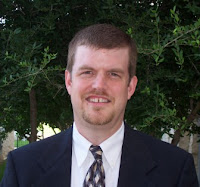 BB: What inspired your interest in the history of Christianity—and evangelicalism in particular?

TK: As a practicing Christian, the Great Awakening--along with American religious history generally--holds obvious interest for me. I hardly think that Christian historians should relegate themselves to religious history, though. My own interests, for example, are shifting somewhat toward political history. But I also believe that the history of religion, and especially religious practice, is fascinating and has exercised deep influence in the forming of American culture.


BB: If it exists, what is a “typical” day for you at Baylor?

TK: On days that I teach, I typically spend most of the day in class, preparing for class, or grading. I try to reserve non-teaching days largely for research, especially in the morning. I typically spend several hours each of those mornings working on my current book project or revisions to a manuscript.

BB: Just for fun—if you were not a historian, what do you be doing?

TK: I’ve always thought I would love to be a color commentator for the Atlanta Braves. But unfortunately, as Jerry told George on Seinfeld, they usually get such announcers from within the baseball business!

Tommy--to what extent were Marsden's ideas about "Christian scholarship" discussed in Notre Dame history seminars? It seems that a (Protestant) evangelical discussing such matters at a school with a rich faith/intellect/intellectual tradition might have been rather interesting, and potentially rich.

Also--and this is a discussion with an interesting history--what might you have to share about the differences and intersections between religious history and church history--and where does religious studies fit within these fields of study? Do you feel your work straddles these fields at all?

Kidd -- I see that you were under Marsden; do you know Fred Jordan of the Woodbury Forest School? He too focused his work on religious history under Marsden I believe.