Update: Salvation with a Smile 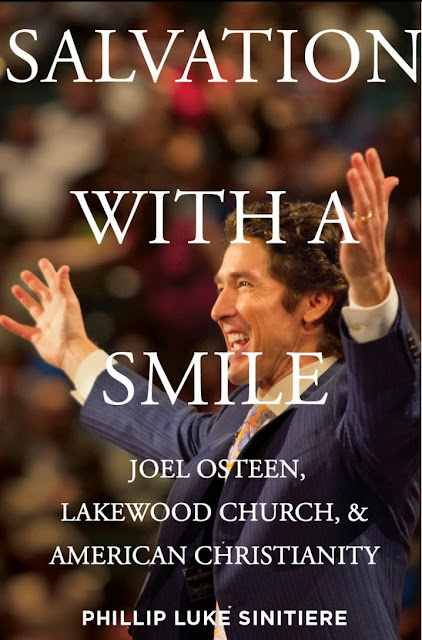 Several months back, in an announcement about my forthcoming book Salvation with a Smile, I mentioned upcoming blog posts that would provide part of the book's backstory. I'm happy to report that several of those posts are now published, with several more in the queue until October.

At the NYU Press blog From the Square, I posted a portion of the book's Introduction, as well as a brief reflection on how the project started, and most recently a post on researching Salvation with a Smile.

Over at Christian Century's history blog Then & Now, in a piece titled "The Rise of the Smiling Preacher Joel Osteen," I posted about Lakewood's move into the Compaq Center a decade ago. I briefly document how and why Joel Osteen has become Joel Osteen over the last 10 years or so.

Future posts at NYU's blog will cover research topics on Joel Osteen and Lakewood Church, and a final post on an Instructor's Guide I have created for Salvation with a Smile in the classroom.

I hope you find this material useful and interesting. As always, I'm happy to entertain requests for lectures and presentations on the book. Contact me here.
Posted by Phil at 11:00 AM 148 comments:

Salvation with a Smile 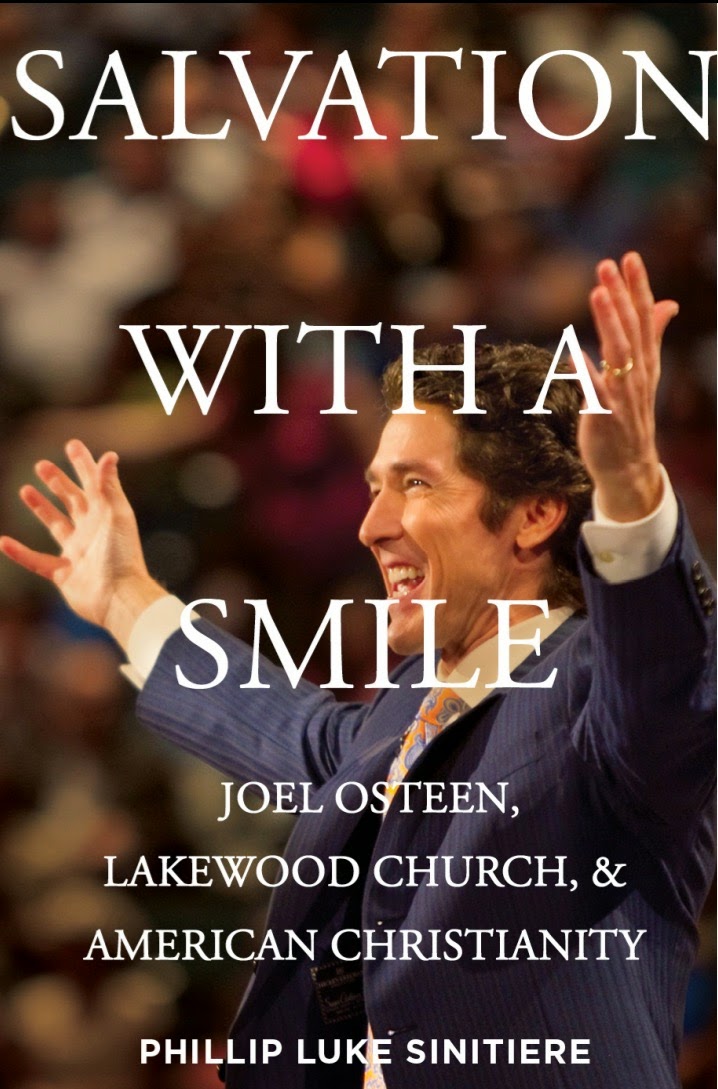 Joel Osteen, the smiling preacher, has quickly emerged as one of the most recognizable Protestant leaders in the country. His megachurch, the Houston based Lakewood Church, hosts an average of over 40,000 worshipers each week. Osteen is the best-selling author of numerous books, and his sermons and inspirational talks appear regularly on mainstream cable and satellite radio.

How did Joel Osteen become Joel Osteen? How did Lakewood become the largest megachurch in the U. S.?

Salvation with a Smile, the first scholarly book-length study devoted to Lakewood Church and Joel Osteen, offers a critical history of the congregation by linking its origins to post-World War II neopentecostalism, and connecting it to the exceptionally popular prosperity gospel movement and the enduring attraction of televangelism. In this richly documented book, historian Phillip Luke Sinitiere carefully excavates the life and times of Lakewood’s founder, John Osteen, to explain how his son Joel expanded his legacy and fashioned the congregation into America’s largest megachurch.  As a popular preacher, Joel Osteen’s ministry has been a source of existential strength for many, but also the routine target of religious critics who vociferously contend that his teachings are theologically suspect and spiritually shallow. Sinitiere’s keen analysis shows how Osteen’s rebuttals have expressed a piety of resistance that demonstrates evangelicalism’s fractured, but persistent presence.

“Sinitiere’s outstanding book on Joel Osteen and his Lakewood Church combines the best of historical narrative, ethnographic observation and analysis, and an empathetic but critically acute scholarly understanding. The result is a work that explains and interprets one of America's foremost religious celebrities, the ‘charismatic core’ of his church, and the combination of positive thinking and positive confession which form his message.

“Charismatic Christianity is increasingly the face of American evangelicalism, and a smiling one at that. Joel Osteen is a major reason why. In this deeply researched and richly contextualized study, Phillip Luke Sinitiere nominates Osteen as America’s new pastor. No fair-minded reader will come away doubting Osteen’s significance and genius. Anyone interested in the nation’s protean religious landscape will benefit from this scholarly labor of love.”

“The best possible book on Joel Osteen and his place in American religious history. Well researched and well written, it uses Osteen’s own words to portray the man who can now rightfully be called ‘America’s Pastor’ as Billy Graham passes from the scene. . . . What emerges is a positive yet objective picture of the popular preacher with the big smile who has built the largest congregation in the history of the American church.”


Very shortly, I will begin a series of blog posts and announcements in anticipation of the publication of my next book, Salvation with a Smile: Joel Osteen, Lakewood Church, and American Christianity.

NYU Press will publish Salvation with a Smile in October.

The first post will be a “big reveal” of the book’s cover, and subsequent posts, one per month for about 5 months, will discuss different aspects of the project from background research questions and research problems to the writing process, and a host of other topics. The posts will be on NYU Press’s blog “From the Square,” but I will cross-post or link them here at baldblogger. 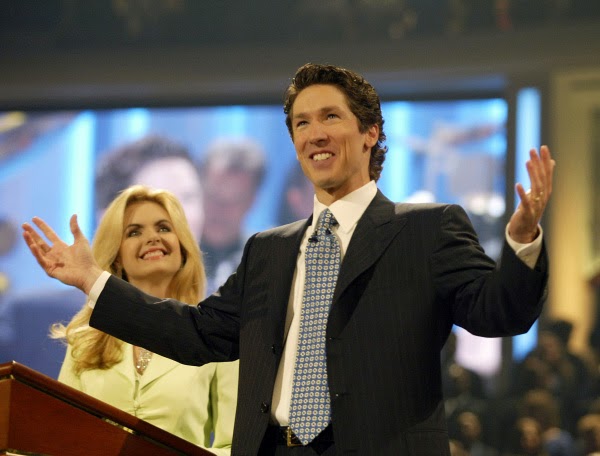 Salvation with a Smile is the first critical, scholarly book-length study of Joel Osteen and Lakewood Church. Over the course of eight chapters, I explain how Joel Osteen became Joel Osteen and how Lakewood Church became the nation’s largest megachurch with over 40,000 members. This study is a deeply historical investigation of these questions, while in the book I also use oral history sources and ethnographic observation to develop a profile of Lakewood in contemporary times. I track the history of Lakewood from its origins with John Osteen and run the story up to the present, in which I examine Joel Osteen’s expert approach to televangelism and historicize the numerous critics who have spoken and written denunciations of the “smiling preacher.”

Salvation with a Smile is a book 5 years in the making although, technically, I’ve been researching Lakewood since 2005; the early research appeared in my 2009 book Holy Mavericks. It was an immensely enjoyable, but at times grueling process of research and writing. Research travels took me back and forth across Houston to churches and local libraries, but I also accessed materials from archives in California, Oklahoma, Illinois, Missouri, Tennessee, Michigan, North Carolina, and Virginia.

I am happy to be finished and excited to begin discussions about Salvation with a Smile. While we all wait for the book’s release, here’s a Houston History article I published in 2011, “From the Oasis of Love to Your Best Life Now: A Brief History of Lakewood Church,” which offers a partial preview of what’s in Salvation with a Smile.

I am pleased to entertain requests for lectures and presentations based on my scholarly research in Salvation with a Smile. Feel free to contact me.
Posted by Phil at 5:30 AM 6 comments: