Investigating Race and Religion in American History and Culture

I recently received word about this important conference (also posted here):
The John Wesley Honors College at Indiana Wesleyan University invites proposals for an interdisciplinary conference commemorating the tenth anniversary of Michael O. Emerson and Christian Smith’s groundbreaking book, Divided by Faith: Evangelical Religion and the Problem of Race in America, to be held on the campus of Indiana Wesleyan University in Marion, Indiana, on October 15-16, 2010. 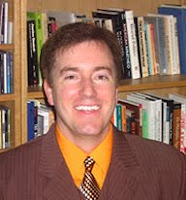 The conference will begin Friday evening with a dinner and panel discussion with Michael Emerson on the impact Divided by Faith has had on scholars and church practitioners. Professor Emerson will also present a closing address Saturday afternoon.
Divided by Faith’s influence has been felt among a variety of academic disciplines. Over the past decade, scores of historians, sociologists, and theologians have produced scholarship intersecting with the book’s theme of the power of race in American religion. American religious historians have explored the roots of segregated churches, sociologists have undertaken further investigations into ethnic and racial divisions of American congregations, and theologians have produced works suggesting that the days of racialized evangelicalism are numbered. Ten years after its publication, the scholarly ground initially tilled by Emerson and Smith’s book remains fertile for researchers from multiple disciplines. In recognition of the growing scholarship being generated in this area, the John Wesley Honors College at Indiana Wesleyan University invites scholars working broadly on the overlapping topics of race and American religion to participate in this conference marking the tenth anniversary of Divided by Faith’s publication.

Successful proposals may consider a variety of topics related to the general theme of the intersection of religion, race, and American society. Proposals should include an abstract of approximately 500 words and a CV. Submissions from scholars and advanced graduate students working in sociology, history, theology, or other relevant fields are encouraged. Presented papers may also be considered for publication in an anticipated interdisciplinary volume on the influence of race in American religion. A limited amount of funding for travel may be available to students and scholars who are unable to obtain funding from their own institution.
Proposals must be received by July 15, 2010, and should be sent by email to rusty.hawkins@indwes.edu or by post to John Wesley Honors College c/o Rusty Hawkins; Indiana Wesleyan University; 4201 S. Washington; Marion, IN 46953.
Posted by Phil at 9:52 AM 1 comment:

With final exams graded and the semester over, it is now on to summer reading--leisurely excursions through new works, and pouring over documents for writing projects--along with some class preps. And some reading for this seminar.

1. I'm reading Laurie Maffly-Kipp's Setting Down the Sacred Past: African-American Race Histories, a work that investigates the ways black Americans forged identities and documented pasts. According to the Harvard University Press web site: "Asserting a role in God’s plan, black Protestants sought to root their people in both sacred and secular time. A remarkable array of chroniclers—men and women, clergy, journalists, shoemakers, teachers, southerners and northerners—shared a belief that narrating a usable past offered hope, pride, and the promise of a better future. Combining Christian faith, American patriotism, and racial lineage to create a coherent sense of community, they linked past to present, Africa to America, and the Bible to classical literature. From collected shards of memory and emerging intellectual tools, African Americans fashioned stories that helped to restore meaning and purpose to their lives in the face of relentless oppression."

2. Delving into political history, Thomas Sugrue's Not Even Past: Barack Obama and the Burden of Race is a short but weighty account of race in Barack Obama's campaign for the White House and his early months as President. As the Princeton University Press web site states, "Sugrue traces Obama's evolving understanding of race and racial inequality throughout his career, from his early days as a community organizer in Chicago, to his time as an attorney and scholar, to his spectacular rise to power as a charismatic and savvy politician, to his dramatic presidential campaign. Sugrue looks at Obama's place in the contested history of the civil rights struggle; his views about the root causes of black poverty in America; and the incredible challenges confronting his historic presidency." I'm fascinated with historical works that attempt to document history of those still living and making history themselves.

3. Branching into the history of journalism, incarceration, and prison reform, I'm also making my way through a memoir of faith, hope, struggle, and survival: Wilbert Rideau's In the Place of Justice: A Story of Punishment and Deliverance. It is a book about Rideau's life before, during, and after nearly half a century in Louisiana's notorious Angola prison.

4. I'm a big fan of memoir. In recent years I've read the memoirs of several academics (world historians William McNeill and Philip Curtin), along with other writers such as historian Tim Tyson, activist Tim Wise, and minister Robert Graetz, a white pastor and activist during the modern civil rights movement. This summer it is the memoir of theologian Stanley Hauerwas, Hannah's Child: A Theologian's Memoir.

5. Although not published yet, I'm looking forward this fall to reading Jason W. Stevens' God Fearing and Free: A Spiritual History of America's Cold War. "Religion has been on the rise in America for decades—which strikes many as a shocking new development. To the contrary, Jason Stevens asserts, the rumors of the death of God were premature. Americans have always conducted their cultural life through religious symbols, never more so than during the Cold War. In God-Fearing and Free, Stevens discloses how the nation, on top of the world and torn between grandiose self-congratulation and doubt about the future, opened the way for a new master narrative. The book shows how the American public, powered by a national religious revival, was purposefully disillusioned regarding the country’s mythical innocence and fortified for an epochal struggle with totalitarianism. Stevens reveals how the Augustinian doctrine of original sin was refurbished and then mobilized in a variety of cultural discourses that aimed to shore up democratic society against threats preying on the nation’s internal weaknesses. Suddenly, innocence no longer meant a clear conscience. Instead it became synonymous with totalitarian ideologies of the fascist right or the communist left, whose notions of perfectability were dangerously close to millenarian ideals at the heart of American Protestant tradition. As America became riddled with self-doubt, ruminations on the meaning of power and the future of the globe during the “American Century” renewed the impetus to religion." As I'm currently attempting to wrap my brain around the social and cultural history of the Cold War period, I'm looking forward to Stevens' book.

6. Then there's Thomas S. Kidd's next book, a study of religion and the American Revolution. Tommy has appeared at Baldblogger before (read here, here, and here). God of Liberty: A Religious History of the American Revolution, as I see it, is part of Kidd's trilogy on religion and colonial America. His first book The Protestant Interest, traced cultural and religious transitions in New England at the turn of the eighteenth century, and his study of the Great Awakening explored colonial religious revivals in rich detail, and his forthcoming work closes out the eighteenth century.

UPDATE: 7. It seems that a post here cannot be complete without mentioning W.E.B. Du Bois. So, here goes: UC-Santa Cruz's Eric Porter has a forthcoming book The Problem of the Future World: W.E.B. Du Bois and the Race Concept at Mid-Century with Duke University Press.
Posted by Phil at 10:41 PM 1 comment: