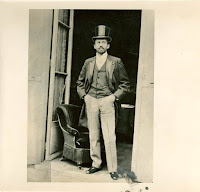 I'm currently writing from Paris. I'm here for about 12 days with a colleague who teaches French and a small student group. I miss my family terribly, but am enjoying my time in France.
Our tour guide, Jean, is artistically inclined and conversant with history. He's a wonderful Parisian who has made Paris come alive. 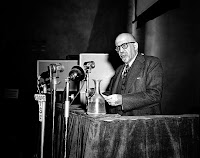 While here my thoughts have naturally turned to W.E.B. Du Bois and Black Paris. He came to the city of lights in 1900 for the Paris Exposition, and won an award for his exhibit. Du Bois visited briefly before in the late 1890s on his way back to the U.S. after study in Berlin, and he came another time during World War I on behalf of the NAACP to research the experiences of Black soliders after reports of racism in the ranks surfaced.
The eminent European scholar of African American life, Michel Fabre, has written a fantastic book on Black life in Paris titled From Harlem to Paris: Black American Writers in France, 1840-1980 (1991). Fabre has a great chapter on Du Bois, and another fine one on James Baldwin. Prior to my departure I read some about Baldwin in France from David Leeming's great biography and brought along my "Baldwin Bible" to read while in Paris.
The image of Baldwin is at his home in southern France. The Du Bois image of him standing comes from the 1900 Paris Exposition and the photo of Du Bois at the lecturn comes from a 1949 speech at a Parisians for Peace event.