Words (to the) Wise 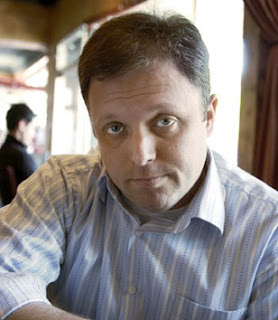 One of the foremost antiracist authors, activists, and speakers, Tim Wise, reports on his website that there are two new DVDs available, one about white privilege and its deconstruction and one titled "The Audacity of Truth: Racism and White Denial in the Age of Obama."

There are also two new books, one titled Speaking Treason Fluently: Anti-Racist Reflections from an Angry White Male, a "best of" collection of essays, and he's at work on a book about the politics of race and the emergence of Barack Obama. Here's the note from his blog:

Just a note to let folks know: City Lights has agreed to publish my next book, tentatively titled, "Between Barack and a Hard Place: Race and Whiteness in the Age of Obama." The long-form essay, which is to be published in early Spring 2009 will examine how the political rise of Barack Obama (regardless of outcome in November) will influence notions of race in the U.S., especially in terms of the way "whiteness" is lived and understood. What does Obama's success say about racism and white privilege in America, and what does it not say? How will the presence of a black presidential contender, and perhaps president, affect white racial attitudes and behaviors? Will Obama's success lead to an increase in white racial resentment, a reinforcing of white denial (as in, "Obama proves racism isn't a big deal anymore"), a newfound faith in aspirational color-blindness, with all the problems that could entail (overlooking real inequities that are still rooted in color, for instance), or the beginnings of an honest dialogue on the nation's history of racial division? These are among the questions to be explored in the book...which now I need to begin writing! So, off to work I go...

I've regularly read Wise's work (a great place to start is his memoir White Like Me), and he's a perceptive, cogent, and prophetic writer (although I wish he'd discuss the religious investments of whiteness more).

I look forward to more of his work. For more books to read on the topic, here's another good list.