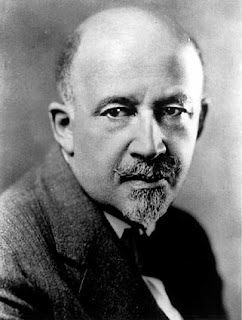 While this post by no means ends mention or discussion of Du Bois here at Baldblogger, it does conclude my follow-up interview with Professor Blum.

I can't thank Ed enough for giving his time and thoughts to multiple (and many!) questions about Du Bois and other matters related to American religious history here at Baldblogger. So thanks again, Ed!


Ed Blum (EB): The biggest change to my teaching is that I no longer worry about “disproving” the notion that Du Bois was irreligious or anti-religious. While some people have heard of Du Bois as an agnostic or atheist, most individuals I have encountered seem to know intuitively that there was more to him than that. So now I just jump right into what he has to show us. I also pay a lot of attention now in my teaching to the religious importance of his fight against greed. I think the evils of capitalism were so invidious to him – and invidious in a social gospel way – that we can only understand his overarching religious critique of western world with a focus on his approach to money, gain, and wealth.


BB: A two-part question: Regarding the aim and argument of W.E.B. Du Bois, American Prophet, and its distillations in your lectures and presentations, what part of Du Bois’s religious life do you find resonates with those who see or hear a new Du Bois? What is your sense about what impacts those who come to Du Bois for the first time through the pages of your work? To put it another way, what are the main parts of your book that readers most readily “get,” and what part of your interpretation do readers miss or continue to resist?

Second, your bold historiographical arguments in the book claim that Du Bois’s reflections on religion mark the genesis of liberation theology, womanist theology, the sociology of religion. You also maintain that Du Bois is an abiding, enduring, and central figure in American religious history, and that his life and witness testify to the remarkable religious past(s) of those on the left—and in this sense you call him a “religious modernist” (p. 160). I wonder if you could elaborate on Du Bois as a religious modernist?


EB: By religious modernist, I meant that Du Bois did not put faith in any one belief (like Christianity, for instance) because of its claims to sacred intervention. Thus, he paid little attention to the “miraculous” of any particular religious faith (God parting the Nile; Jesus healing hemorrhaging women; a divine presence destroying the world and rebuilding it). It was not that Du Bois claimed that these events were impossible; he never took the atheist position that there was no God, no sacred, no divine. Rather, Du Bois recognized that human beings could not rely on such intervention or else it led to an immoral passivity. Thus, he looked to the ethics and morals of religious traditions for guidance on how to live, how to change society, how to interact with people and nations. That said, Du Bois over and over acknowledged the role, power, and possibility of God in the past, present and future.

People seem most to get that Du Bois had a righteous rage against racism, racial discrimination, misogyny, economic inequality, and needless war. I think that resonates with people because they themselves believe those to be immoral or wrong. Some readers seem to resist the idea that a person could be on the left politically (so liberal or radical) and be connected to and concerned with issues of religion and the spiritual. Our society fundamentally misunderstands the concept of openness when it comes to religious faith. Du Bois was not only open to many faiths as their own entities, but he was open to bringing them together, having them speak to one another ... all with the hope of creating a more just world. 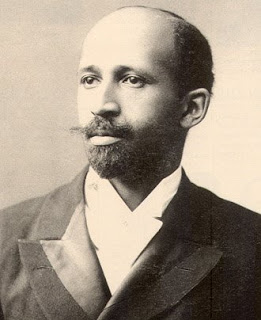 BB: Other interpretive dimensions of American religion include religious pluralism and popular or lived religion. Without slipping into anachronistic interpretation, I wonder about Du Bois’s thinking regarding religious pluralism, or perhaps even popular or lived religion in America? To what extent was does his work on religion engage with or reflect such interpretive concerns? Was he a leading interpreter in these fields as well?


EB: Du Bois was amazingly pluralistic in his own writing. He regularly fused – in fiction and nonfiction – examples from Islam, Christianity, Judaism, Buddhism, and Hinduism. And to this, he broad a religious approach to political and economic systems – like liberalism, capitalism, socialism and communism. In our modern world of such pluralism, Du Bois would be amazingly helpful because his breadth and depth of religious knowledge was so terrific. There are so many layers to understanding his religious insights that certainly more work can be done to examine Du Bois’s approach to religious pluralism. I would say that he lived and studied Diana Eck’s Pluralism Project (of Harvard University) long before anyone else had that kind of idea.


BB: As you’ve had time to think and reflect over the past year about how you approached (and approach) Du Bois as a subject in American religious history, what is the best thing about composing a religious biography, and what are some of the limiting aspects or the most pressing difficulties of this genre? Could you see yourself attempting such a project again?

EB: I would definitely like to write another religious biography. The only drawback is that sometimes readers become too concerned with the individual belief of the individual, and miss the important points about religion in society and culture that I am trying to make. I’m just not sure of whom the subject would be. I considered Langston Hughes, but Wallace Best of Princeton University is already well into a study of that nature; I considered William Jennings Bryan, but Michael Kazin of Georgetown University has already done that so well. Perhaps Richard Nixon; perhaps Mark Twain. I definitely hope to write another religious biography to seek to illuminate elements of American religious history (and I would probably get involved with issues of the physical body – weight, obesity, sexuality – and with something about race, gender, and class). I’m just not sure who to write about.

EB: My only final thoughts are to thank you – the Baldblogger – for your support of the project and if any readers would like to contact me about the book, please feel free to. I would love to discuss issues of race, religion, American nationalism and imperialism, and/or W. E. B. Du Bois with you.
Posted by Phil at 8:22 AM