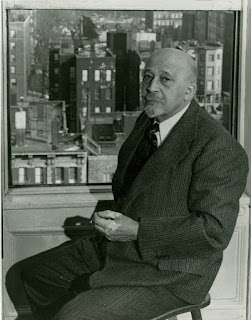 No new devotions with Du Bois as outlined in a previous post, but I return here with the second of several posts reviewing Ed Blum's new book on W.E.B. Du Bois. Hopefully readers have had a chance to begin reading this fine book.
Ch. 1
Blum's opening chapter helpfully situates Du Bois’s created self within the history of black autobiography. Drawing from literary theory, Blum tours Du Bois’s autobiographies, publications such as Darkwater (1920), “The Revelation of Saint Orgne, the Damned” (1938), and Dusk of Dawn (1940). Blum deftly shows how Du Bois created and offered a religious self to readers in conversation with and in response to the particularities of the moment, whether it was instances of lynching, the publications of a racist author (i.e., Thomas Dixon’s The Clansman [1905]), or imperialistic and immoral wars that took place during his lifetime.
Ch. 2
Du Bois’s The Souls of Black Folk (1903) is the subject of chapter 2. Here Blum illuminatingly situates Souls in the context of nineteenth century reflection on spiritually-informed racial understanding, and pays keen attention to the book’s reception both in America and abroad throughout the twentieth and twenty-first centuries. From these vantage points, Blum brings Souls into conversation with nineteenth-century theological and historical reflection on racialized conceptions of religion and spiritual worth, though he asserts not with the depth of spiritual insight that Du Bois offered.

Adding to his previous work in Reforging the White Republic: Race, Religion, and American Nationalism, 1865-1898 (2005), Blum crafts a late-nineteenth and early twentieth history of American religion that intelligently shows who, what, when, where, why, and how both Northern and Southern whites more aggressively associated whiteness with godliness, baptizing white supremacy as a kind of national religion, replete with sacred texts, religious rituals, and spiritual practices, subjects Blum takes up with gripping detail in chapters three and four as well. It is against this backdrop that Blum’s reading of Souls becomes so powerful, as he captures the spiritual fervor, righteous anger, theological creativity, and sacred understanding Du Bois displayed in this seminal text—from his careful rendering of black spirituals, for instance, to the brilliant way Du Bois imagined and aligned chapter titles with the Thirty Nine Articles—clear evidence Du Bois intended Souls “to be taken as a new set of religious articles, a new code of faith for the new century” (78). Ultimately, Blum clearly shows that Du Bois’s literary, historical, sociological, and even theological prowess stands unmatched, and in the book’s most important chapter solidifies Du Bois’s role as an American prophet who still speaks.
Up next: chs. 3 and 4.
[Photo from UMass Digital Archive.]
Posted by Phil at 1:12 AM