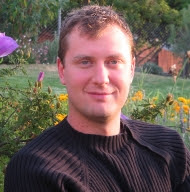 As promised in a previous post, this summer will feature an interview with Ed Blum about his work on W.E.B. Du Bois and related topics. Our hope is to use this forum to have a conversation; we hope you will join the discussion. Here we go.....


Baldblogger (BB): From a previous interview we know you grew up in NYC. If you don’t mind, briefly trace your academic journey through your undergrad years and grad school. Any formative teachers? Why were they so influential?

Ed Blum (EB): I attended the University of Michigan in the late 1990s and majored in history. There, I had a course in American Religious History with Susan Juster, and it convinced me that religious history was the discipline for me. I was fascinated by the primary and secondary documents she put together, especially Gail Bederman’s article on the Men and Religion Forward Movement of the early twentieth century. For the end of the semester, I wrote a paper comparing and contrasting that movement with the Promise Keepers, who were at the time growing and garnering a lot of attention. I remember going with my father to Promise Keeper’s mammoth meeting in Washington, DC, and thinking how weird it was that I studied these guys. I had a bunch of other professors at Michigan who were fantastic. Jon Carson was new and he agreed to direct my undergraduate thesis, which was a study of Dwight Moody’s revivals in Boston in 1877. Since my name is Ed, My peers teased me about working with “Johnny Carson.” Of course, my students wouldn’t even get that joke today. I remember getting coffee with Jon and feeling like I was somebody, because at such a large school it was easy to feel like a number.

During my junior year, which turned out to be my final year at Michigan, I started applying to graduate programs in history and to seminaries. I decided that becoming a 23 year old minister just didn’t feel right so I trekked off to the University of Kentucky to work with Kathi Kern. I went with the object of studying religion and gender, but found myself pulled into issues of race in the course of my reading. It didn’t hurt that Joanne Melish, a scholar of New England and slavery, had just arrived and pushed me in that direction. Kern and Melish, along with Mark Summers (a political historian) were amazing. They read my material right away; they critiqued it; they encouraged me; they brought me into their families; Melish even read my paragraphs out loud to me so that I could hear the sound of the phrases and rhythm. And Kern, while I was there, published a book on religion and Elizabeth Cady Stanton – another figure who is often considered anti-religious so I feel honored that my Du Bois book joins her work on Stanton. When I finished my dissertation, Dr. Kern and I would sit, have cupcakes, and discuss how each chapter could be improved. Those conversations helped me transform it from a dissertation into a book.


BB: What inspired your interest in the 19th century American history, and why race and religion?

EB: I was drawn to the nineteenth century, particularly the issue of post-Civil War race and religion, because I felt like historians had done a poor job there. I found that of the antebellum era, there were great books on religion: Timothy Smith and David [Richard] Carwardine had done amazing studies, along with Paul Johnson, Sean Wilentz, and Ann Braude. But after the war, religion seemed to be unimportant. Eric Foner and James McPherson hardly discussed religion at all, and when they did it was only black religion. Evangelical scholars, like George Marsden and Mark Noll, paid little attention too. When they did, moreover, they failed to discuss what seemed to be the most important element: race. So basically I wanted to challenge both the broader historians, like Foner, by including religion and the religious historians, by including race. From there my first book came out on race, religion, and American nationalism from the civil war to the end of the century.

I decided to write on Du Bois after that for a number of reasons. He was the great critic of the white supremacist America of the nineteenth century; religious historians ignored him basically; scholars on him, like David Lewis and Arnold Rampersad, had ignored religion. Finally, I found as I was reading Du Bois that I was learning so much about religion and society. I found that Du Bois seemed to understand the joys and the pains, the hopes and the disappointments that had come from faith and religious ideas in the American experiment. So I wanted to join his journey.

BB: Can you discuss identity politics and the/your study of race and religion?

EB: Identity politics are very important for good and for ill. I grew up with every advantage that the white upper-middle-class world offers. I had small classes; I had highly educated high school teachers; I was never pulled over when driving because of my skin tone; if and when I screwed up, we had the money to overcome any mistakes. My family paid for my entire college education – as an out-of-state student at Michigan. Basically an unspoken white affirmative action plan was in place for me. Only a handful of times did I ever attend a black church; and I did not have any African American friends as a young man. So, there is an experiential side of African American life that I do not understand and cannot understand – that I cannot feel. I didn’t sing the spirituals in those days; I didn’t fear the police; I didn’t worry about finances. And I believe this is important. Those types of experiences offer unique insights and perceptions – and they allow individuals to relate in different ways. When on the job market, there were definitely times when universities seemed to want a candidate who had had these experiences. I know that many whites begrudge this, but I don’t. The truth is there are too few African Americans in the academy. We need more; we need their variety of experiences to be brought to the study not only of African American life, but to all of the disciplines. As a white person, I think it is crucial to approach the study of race as a listener, as one open to hear the voices of others. I think Edward Said put it best about the kind of listening I try to do: “there is a difference between knowledge of other peoples and other times that is the result of understanding, compassion, careful study and analysis for their own sakes, and on the other hand knowledge – if that is what it is – that is part of an overall campaign of self-affirmation, belligerency, and outright war. There is, after all, a profound difference between the will to understand for purposes of coexistence and humanistic enlargement of horizons, and the will to dominate for the purposes of control and external enlargement of horizons.” My goal is the kind of understanding that leads to enlargements of horizons and communities.

Interesting, I have found that some students seem to think my courses on women’s history or on African American history are “more true” because I’m a white male. I think their (flawed) reasoning goes that since I (seemingly) do not have a vested interest in the study I will teach the facts and not just politics. A middle-aged white male student said to me after the first day of women’s history, “I’m so glad a feminist isn’t teaching the class.” Of course, little did he know that I am in support of the feminist movement. To me, this is a sad commentary on how our media presents members of the women’s movement and the civil rights movement – that somehow they have an interest, but white men are disinterested and therefore more believable. C’mon, who understand not only black life, but American life, better in 1965: Fannie Lou Hamer or Daniel Patrick Moynihan? Obviously, Hamer.

EB: San Diego is an oasis (or at the very least a desert that is nicely watered). A typical day begins with a walk of our dog SNCC (he’s named after the Student Non-Violent Coordinating Committee; we don’t have children yet but they’ll probably get historical names too). Then it’s off to the gym to try and run 3 miles. It gets harder and harder. Then, by about 8 I get to the office. I try to reserve my mornings to write. That is the best time for me. I usually put on some kind of piano music and try to write to the rhythm. I see prose writing as quite similar to music. And then after lunch I typically teach. I am the nineteenth century U.S. historian at SDSU so I teach courses on the Civil War and Reconstruction, on the Age of Jackson, on religion in America, and the US history survey courses. In time, I will put together a class on the Gilded Age and Progressive Era and on biography and autobiography. Then, after class, I have a few die-hard students who have question after questions. This is my favorite part of the day; these students are busily comparing what they learn in my class with their other ones. I love seeing their minds at work. At about 5 I head home; dinner, play with the dog, tell my wife that she is amazing (which is true) and then read some on our deck. It’s a good life.
Posted by Phil at 1:32 AM

Great interview Phil; I too was curious as to how Blum found interest in this (DuBois) topic. Although I ask this question in the review I am writing on his book, I am still dealing with how Du Bois dealt with his intellectual reasoning of man and society to that of this God who cannot be measured. To me, this is a conflict that many great thinkers struggle with. I do realize other scholars have come to a different conclusion here.

Thanks, Eddie. You pose a good question, one that is thorny and of course difficult to answer.

On the other hand, and I think this is one of the strengths of Ed's book, is the reception some of Du Bois's writing elicited (namely _Souls_), specifically noting the prophetic edge to his work, and the prophetic presence of the man himself. Plus, I'm pretty much convinced by Blum's argument that Du Bois imagined himself a religious thinker, though as you suggest he clearly struggled with God in various ways during his life.

Fascinating stuff, and hopefully you'll find some good stuff about this when you retrace Du Bois's steps in Germany!

I say that but Blum was pretty clear in his book when he discussed DuBois' credo and the book of Acts. That was very interesting.

Yes, and for what it's worth, I was glancing at some selections just yesterday in Zuckerman's collection on Du Bois's religion, and one can really feel the struggle we are speaking about in his _Darkwater_ poems "The Prayers of God," and "A Hymn to the Peoples." Both heavy and powerful.