Baldblogger presents part 1 of an interview with Dan Williams, author of the recently published God’s Own Party: The Making of the Christian Right (Oxford University Press, 2010).

There are posts on his book over at Religion in American History (here and here), and John Fea at The Way of Improvement Leads home offers his take here. There's also a great audio interview at Barry Lynn's site Culture Shocks. Dan is an assistant professor of history at the University of West Georgia.

Baldblogger (BB): God’s Own Party maintains that in order to understand evangelical political ascendancy vis-à-vis the 1980 presidential election, one must begin by examining the culture wars of the 1920s. Briefly connect the dots for us. Why is it important to consider this historical trajectory in order to understand evangelical Christianity and modern Republican politics? Does this perhaps help to explain your choice of subtitle—The Making of the Christian Right—as opposed to The Making of the Religious Right?

Dan Williams (DW): The contemporary Christian Right subscribes to a particular view of the relationship between Christianity and the public sphere that can be traced back to the fundamentalist movement of the early twentieth century. Fundamentalists of the 1920s believed that secular influences threatened the nation’s Christian identity, and that if Christians did not enter the political arena to defend the nation’s Christian values, the nation would face divine judgment and possible destruction. The conservative evangelicals who formed the modern Christian Right in the late twentieth century held this same view of America’s unique religious identity and the necessity of preserving the nation’s Christian values by fighting secular influences through politics. The culture wars of the late twentieth century were thus very similar to the culture wars of the 1920s.

Even some of the particular issues at stake in those culture wars were similar. Fundamentalists of the 1920s were concerned about sexual licentiousness, changes in gender roles, the state of the family, and the secularization of public education. Evangelicals in the 1970s and 1980s were concerned about these same issues. That’s not surprising, because late-twentieth-century American conservative evangelicalism was a direct theological descendent of early-twentieth-century fundamentalism. In fact, many of the conservative evangelical leaders of the late twentieth century had parents who had called themselves “fundamentalists” and had identified with the fundamentalist movement of the 1920s. Some had even worn that label themselves before exchanging it for the less pejorative term “evangelical.”

Media reports of evangelical political activism in the 1980s commonly used the term “Religious Right” to refer to the movement, as though it were generically or ecumenically religious rather than distinctively Christian. During the 1990s, the phrase “Christian Right” became more common, perhaps because of the use of the term “Christian” in the most prominent Religious Right organization of the decade, the Christian Coalition. Today both terms are commonly used.

BB: Can you briefly discuss pertinent moments in the history of the Christian Right where gender and race (either separately or together) figured (and/or figure) into this movement?

DW: The divisions between fundamentalists and evangelicals over race and civil rights prevented a unified, politically influential Christian Right from forming in the 1950s and 1960s. Although fundamentalists such as Jerry Falwell, Bob Jones, Jr., John R. Rice, and Billy James Hargis were becoming increasingly active in conservative politics at the same time that mainstream evangelicals such as Billy Graham were, the two groups were at odds over racial desegregation. In 1964, fundamentalists mobilized on behalf of Republican presidential candidate Barry Goldwater, who opposed President Lyndon Johnson’s Civil Rights Act, but many evangelicals supported Johnson.

Fundamentalists and evangelicals did not come together on issues of race until the end of the 1960s. At that point, fundamentalists were ready to abandon their defense of segregation, while evangelicals who were upset by urban race riots were ready to distance themselves from the civil rights legislation in the interest of maintaining “law and order.” Both groups united in support of Richard Nixon.

Race was thus a factor in delaying the formation of the Christian Right, but when the Christian Right mobilized, its leaders claimed to be completely racially tolerant. However, the presence of former segregationists, such as Jerry Falwell, in prominent positions of leadership in the movement alienated many African Americans. The Christian Right found it very difficult to reach out to non-whites, despite the efforts of Falwell, Ralph Reed, and others to do so.

If the Christian Right took steps to portray itself as racially tolerant and distance itself from its segregationist past, it made no apologies for its conservative record on gender issues. The culture wars of the 1970s largely revolved around issues of gender or sexuality, and the fight against the Equal Rights Amendment was one of the movement’s earliest political causes. In the battle against the ERA, conservative evangelical women united with conservative Catholics to oppose feminism and protect traditional gender roles. Women played a leading role in mobilizing the Christian Right, but they did so as defenders of a “separate spheres” ideology of gender roles that was directly opposed to the gender egalitarianism of feminists and cultural liberals. 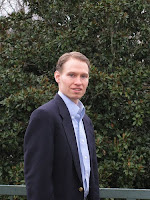 BB: Integral to understanding the history of the Christian Right is the fascinating history of communication styles and communication technologies of the 20th and 21st century. How did (and do) evangelicals and partisans of the Christian Right use print culture and visual culture—and in our own times social networking technology—to present their message, attract new followers, and in general attempt to impact American society?

DW: In the 1950s, politically active fundamentalists and evangelicals were masters of the use of radio and television. Jerry Falwell’s success on television, first in his own community and then nationwide, was one of the primary reasons for the rapid growth of his church and his fundraising ability. Fundamentalist radio broadcasters of the 1950s spread an anticommunist political message on hundreds of stations throughout the South and Midwest. Magazines also played a central role in spreading the gospel of political conservatism. Christianity Today promoted a moderately conservative Republican brand of politics among evangelicals, while the Sword of the Lord championed a more overtly right-wing political ideology among fundamentalists.

In the 1970s, televangelism and, to an even greater extent, direct mail, gave pastors such as Falwell a national political platform that they had never had before. Computer-generated direct mail allowed them to mobilize followers and raise money on an unprecedented scale. By the end of the 1970s, Falwell was raising more money per year than the Republican National Committee.
Evangelicals were also masters of the printed word. The bestselling nonfiction book of the 1970s was not The Joy of Sex, Roots, or All the President’s Men, but was instead Hal Lindsey’s The Late, Great Planet Earth. James Dobson became a household name among evangelicals primarily through his books, which sold millions of copies, and his radio program Focus on the Family, and he then used his national reputation as an author and Christian radio show host to become an influential political lobbyist. Francis Schaeffer was another bestselling evangelical author of the 1970s who used his books to shape evangelicals’ political thinking. In more recent years, Tim LaHaye, a former board member of the Moral Majority, has done the same with his Left Behind series of novels about the end-times.

DW: During the 1990s, the Christian Right became far more effective at legislative lobbying than it had been before. Most of its gains in that decade came through the success of Ralph Reed’s Christian Coalition. Before Reed and Pat Robertson formed the Christian Coalition in 1989, the Religious Right had received a lot of national publicity, but it had not had much success in influencing Congress, getting legislation passed, or even reshaping the Republican Party. Reed was determined to change that. Instead of seeking a national stage, as Falwell had done, he worked quietly at the local level to move state Republican parties to the right. By the mid-1990s, the Christian Coalition controlled more than one-third of the state Republican parties in the nation.

Reed then used that influence to elect social conservatives to Congress. By the late 1990s, congressional Republicans were far more conservative on social issues than they had been a decade earlier, and the GOP was becoming the party of the Christian Right. But this was not enough to ensure the success of the Christian Right’s agenda. When Congress passed a Partial-Birth Abortion Ban, President Bill Clinton vetoed it, and when conservatives in Congress impeached Clinton, he survived the attempt to remove him from office. Christian conservatives ended the decade frustrated, but more determined than ever to elect one of their own to the White House.

Several Christian Right leaders considered George W. Bush the perfect candidate. He was a born-again believer who read his Bible every day and was not shy about praying in public. He seemed to have a genuine opposition to abortion. He also had the name recognition and connection with business leaders and economic conservatives to allow him to win the nomination. In other words, he was not Pat Robertson or Gary Bauer, evangelical candidates who never had a serious chance of becoming president.

Eventually, though, many evangelicals became frustrated with Bush when they felt that he was not following through on his promises to them during his second term in office. Although Bush did give evangelicals the Partial-Birth Abortion Ban that they had long sought, his administration was not able to deliver most of the other items that they wanted, including a Defense of Marriage amendment to the Constitution. Evangelicals discovered that even when the White House and both houses of Congress were in their hands, they could not change the cultural direction of the nation. Politics alone could not curb the nation’s growing acceptance of gay rights, for instance.

Good interview, Phil! I'm looking forward to Part 2. Merry Christmas to you and your family!

I find the Christian right fascinating and it's history to be equally enthralling.

Thank-you for the interview. I thought I knew a lot but clearly I did not.

Thank you for sharing this great article and it's really interesting to read. The best essay writing service will help student's to write their essay works.