This summer looks to be another time of interviews and book discussions here at Baldblogger. Today begins the first of four interviews I'll be posting throughout the summer.

Today we begin with the first part of an interview with John Fea, Associate Professor of American History at Messiah College, regular blogger at The Way of Improvement Leads Home, and regular contributor to Religion and American History.

I first met John in 2004 at the Student Research Conference of the Conference on Faith and History Bi-Annual Meeting at Hope College. As I recall John gave a fantastic plenary talk at the Student Conference about growing up in Jersey in a working-class family, faith and the life of the mind, and life as a historian and intellectual. Then in 2007 I reconnected with John through the Religion and American History Blog. We've communicated regularly since then and he's been a great conversation partner about various matters relating to American religious history, publishing, and faith and scholarship. All reports indicate he's a fabulous teacher, and I can attest that he's a great writer and historian as well. And speaking of writing and history, let's get to the interview about his first book, The Way of Improvement Leads Home: Philip Vickers Fithian and the Rural Enlightenment in Early America.


Baldblogger (BB): If you don’t mind, briefly trace your academic journey through your undergrad years and grad school. Any formative teachers? Why were they so influential?


John Fea (JF): Where do I begin? I really learned how to be a historian in, of all places, a divinity school. I entered Trinity Evangelical Divinity School in Deerfield, IL thinking that I might go into the ministry. (I did earn a Master of Divinity degree). But while I was there I learned that my real passion was history. I took an M.A. in Church History and did most of my coursework with John D. Woodbridge. While I was a student at TEDS Woodbridge was also teaching intellectual history at Northwestern in Evanston and was working on a monograph on French intellectual history In other words, he was not your average seminary church history professor. Through his courses I learned how to think historically and historiographically. I learned that there was always something at stake in the study of the past. When I got to graduate school in American history I found that I was more equipped than many of my fellow incoming graduate students. 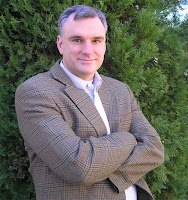 BB: What inspired your interest in American history, and why religious, social, and cultural history?

JF: I focused on American history for several reasons. I grew up the grandchild of Italian and Slovakian immigrants. We were a Catholic working class family from northern New Jersey. I was thus always attracted to American history because it helped me to get a better understanding of the country to which my grandparents migrated. My family converted to Protestant evangelicalism when I was a teenager (that is a whole other story!) and I found myself immersed in a religious subculture that was very strange to me. (And still is!). When I got to Trinity I started reading the works of the so-called evangelical mafia: Mark Noll, George Marsden, Joel Carpenter, etc… I was fascinated by the way these historians were writing scholarly histories of the evangelical movement I had entered as a teenager. I wanted to know more about this movement, which ultimately led me to history as a means of making sense of my spiritual sojourn. By the time I got to graduate school I was more interested in thinking about American religion in its broader social and cultural context. Ned Landsman proved to be a wonderful advisor and early American history a wonderful field to study. I continue to work in this field because it allows me to think about the way religion informs culture and everyday life. I have always defined myself as an early American historian first, and an American religious historian second.


BB: What is a “typical” day for you at Messiah College?

JF: Teach, teach, and teach some more! During the academic year I am usually in my office at Messiah about four days a week. I try to teach all my classes on Monday, Wednesday, and Friday and meet with students on Thursday afternoons. I also make every effort to take one day a week for writing and I often spend additional time writing on weekday mornings if I have some pressing deadlines. This past semester I sat on three very active committees, so my late afternoons were normally taken up by committee work. I try not to work at night so I can spend time with my wife and two daughters, but I will occasionally sneak back into the study for a few hours after everyone is asleep. We do a lot of teaching at Messiah, but the college has given me plenty of release time to support my scholarly work. I am happy here and have, over the past seven years, developed a sense of loyalty to the place.


BB: What are the best things about being a history professor?

JF: I feel privileged to get to do what I do. (I wrote about this in a Thanksgiving article in a November 2008 issue of Inside Higher Ed). I love working with students, although I sometimes wish I had more time to spend with them. Over the years I have had some great students who have gone on to do wonderful things. I enjoy staying in touch with them and watching them grow in their vocations as teachers, historians, lawyers, international relief workers, graduate students, and museum curators. I even have a former student with an M.A. in American studies who is a yoga instructor! As a kid from the working class, I have never been entirely comfortable as a member of the so-called “thinking class,” but at the same time I relish the opportunity to think, write and spend time talking—in and out of the classroom—about things that interest me.


BB: You identify your work on Fithian as a biography, and vividly intertwine the theoretical and pedagogical reasons for it (pp. 4-5). What is the best thing about composing a biography of someone who lived in the eighteenth century, and what are some of the limiting aspects or the most pressing difficulties of this genre? Did you take a previous biography (or biographies) you read as a model—or, what were some of the theoretical considerations you contemplated writing the Fithian biography?


JF: The Way of Improvement Leads Home is really hard to categorize. Yes, it is a biography and many of my readers are attracted to Fithian’s story. It traces, in rough chronological fashion, the course of Fithian’s short life. We learn about his school years, his love interest, his two years at Princeton, his travels to Virginia and the backcountry, and his involvement as a chaplain in the American Revolutionary War. Yet, I take so many detours from Fithian’s life story that some have described the book as “microhistory.” For a while I wanted to write something similar to Laurel Thatcher Ulrich’s Midwife’s Tale, but I am not sure that my finished product comes close to what Ulrich did with the diary of Martha Ballard. Believe it or not, I actually got inspired by David McCullough’s John Adams. McCullough had come to Messiah College a few years ago and I drove him to the airport after his lecture. We talked about writing a lot and this prompted me to pick up his biography of Adams. While I cannot hold a candle to McCullough as a writer, his prose inspired me when it came time to write some of the accounts of Philip’s relationship with Betsy and his experiences with Washington’s army in the summer of 1776. If you read the book carefully, you will notice that some of the later chapters are written in a more of a narrative form. I think this may be McCullough’s influence.

BB: I find it very interesting that you refer to your subject as Philip, whereas most biographers seem to refer to their subjects with some “distance,” identifying them by a last name (at least this is my impression). I wonder if you can elaborate on this?

JF: I debated this one for a long time. In the end I decided that since I was writing about the inner-life of this young man, particularly his inner struggles to reconcile his ambition with his love of home, I would call him “Philip” so that my readers would feel a connection to him. So far it seems to have worked.


BB: Often biographers talk about putting their subjects on the proverbial psychologist’s couch—an allusion to an author’s psychoanalysis of his/her subject. Was this an exercise in which you engaged writing the book on Fithian?

JF: I don’t know if I would put it this way. Many who know me well have said that in writing Philip’s story I was actually, in some ways, writing autobiography. Much of Philip’s struggles have been similar to my own struggles as a working class kid trying to come to grips with an academic life. I think my experience as a first-generation college student, a Christian, and someone who has tried to reconcile my own ambition with my roots has actually helped me to better understand Philip. So I probably spent more time putting myself on the coach than I did Philip. In the process I became quite attached to this man’s story, although I can’t say that I ever really “liked” or “disliked” the guy.
Posted by Phil at 6:29 AM