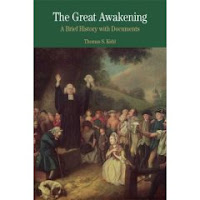 Finally, I am continuing my work on politics and religion in the colonial and Revolutionary periods with a biography of Patrick Henry, which I am also writing for Basic Books. This biography will examine the great political controversies of Henry’s life, with particular attention given to his beliefs about religion and virtue in American civic society.
Posted by Phil at 3:07 PM