Now back to another (less) frequent (of late) subject matter of Bald blogger: (Protestant) religion in eighteenth-century North America.

I found out earlier this week that my proposal was accepted for the Colonial Society of Masschusetts Graduate Student Forum. In April I'll be presenting the gist of my dissertation, and then discuss, debate, and interrogate it with graduate colleagues, Robert Allison, and Pauline Maier.

One of my committee members, Todd Romero, participated in the forum a few years back and my graduate colleague and friend Devethia presented her work last year. Both rave about it, so I'm thrilled to be a part of it.

Here's the panel I'm on (click here for the full program):

Christianna Elrene Thomas, Ohio State University, “‘In his Arm the Scar’: Medicine, Disease, and the Social Implications of the 1721 Inoculation Controversy in Boston”

Here's a few paragraphs from my dissertation's Introduction, which gives a sense of what I'll be discussing in Boston:

Protestant ministers in colonial America, mostly recipients of graduate degrees in theology from colleges like Harvard and Yale, aimed to help their parishioners make eternal sense of their temporal world through preaching, teaching, writing, and counseling. Pastoral labor generally involved hours of weekly reading, reflection, and study, visits with parishioners, family responsibilities, and above all sermon preparation and sermon delivery. Congregations expected exposition and explication of biblical texts and biblical themes, and sermons sometimes responded to local events like floods and epidemics, or larger provincial and imperial matters. In colonial America ministers and congregations operated according to a set of religious and cultural codes, and certain expectations existed on both sides of the pulpit. 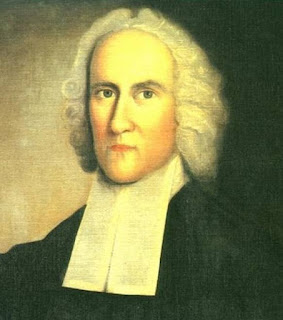 Yet at times the spirit of the ecclesiastical arrangement between pastor and parishioner(s) was neither cordial nor cooperative. Ministers who fell out of a congregation’s graces sometimes faced censure or expulsion. At other times, mostly due to a congregation’s inability to compensate its parson, ministers voluntarily resigned or requested a dismissal. Still on other occasions, although much less frequently, a minister received a call from another church necessitating the request for a dismission. General reasons for congregational rupture included modifications in theology or doctrine, salary disputes, personality conflicts, displays of excessive spirituality, expressionless or cold faith, meetinghouse politics, intemperance, and in some cases marital infidelity. Frequently reasons for dismissal were local in nature, although often connected to large colonial religious currents such as the transatlantic revivals of the early 1740s. Whatever the case, church conflict was frequent and clerical dismissal a far more common reality for ministers and their congregations throughout the course of the seventeenth and eighteenth centuries.

Titled “‘The Sad Tendency of Divisions and Contentions in Churches’: Popular Religion and Pastoral Dismissal in British North America,” this dissertation examines the confluences between church conflict, congregational strife, lay religion, and pastoral expulsion among Congregational, Presbyterian, and Baptist churches throughout New England. Focusing on eighteenth-century America, it posits that doctrinal and theological concerns lay at the heart of many church conflicts. Pastors and congregations read their Bibles incessantly and intently, lived and imagined deeply in their religious worlds, and often fought tirelessly over interpretive matters related to scripture. Theologically trained ministers often competed for the imaginations of doctrinally competent and religiously literate laypeople who did not passively participate in their religious lives.

Pastors’ diaries and correspondence from the eighteenth century shows that ministers and laypeople often conversed about doctrine. Both believed that discussions of this nature could result in the advancement of religious knowledge and strides in personal holiness. However, theological discussions could and often did result in congregational conflict, as each side stood convinced of the validity of scriptural interpretation. Doctrinal argument of this nature and its conclusion, in the words of Massachusetts minister Solomon Williams’ 1750 sermon, evidenced a “sad tendency of divisions and contentions in churches.”
Posted by Phil at 11:25 AM

I finally got a copy of Blun's "W.E.B. Du Bois Americann Prophet." I begin the reading today. It's pleasurable. Thanks for recommending this needed work.

Celucien,
Thanks for stopping by. I'm glad you are enjoying Ed's book.

Speaking of books, when does your book on reconciliation come out? I look forward to reading it.