Practicing Pentecost: The Church Across the Color Line 3.0

This, unfortunately, is the final post of baldblogger's interview with Jonathan Wilson-Hartgrove. His book is of enduring importance. The interview has been fun, and illuminating and challening in so many ways. Let's continue the conversation.....

Baldblogger (BB): In chapter 7 (“Climbing Jacob’s Ladder”) you offer extensive meditations on Du Bois, and presume much of his writing to be religious and/or spiritual. You write, in fact, that “In many ways his whole life was an attempt to articulate a new religious ideal for the black community” (p. 149). This is a keen point to make, especially in light of many of Du Bois’s biographers (with this notable exception) essentially arguing the opposite. I wonder if you could tell us about your journeys with Du Bois—what prompted you to read him “religiously” as it were, and what does Du Bois have to teach us today?

Jonathn Wilson-Hartgrove (JWH): I learned to read Du Bois from J. Kameron Carter (and here). When he publishes his work on Du Bois as a religious thinker, it will be a gift to us all.

But I think the case is solid: Du Bois's concern was for the “souls of black folk.” He thought “soul” was the distinctive contribution black people had to offer this country and the essentially religious project it represents. Ultimately, I don’t think Du Bois’ religious vision is a Christian vision. Like Gandhi and other advocates of social change, though, he could see his way through the problems to the ultimate questions. In that sense, he knew that race was a spiritual problem.


BB: Your book is part memoir, part spiritual meditation. It seems to me that this is part of a growing number of books written by white males (books by Timothy Tyson, Chris Rice, Charles Marsh, Robert Paul Wolff, Robert Graetz, and Karl Lutze, among others) who have essentially come to terms with white privilege, white supremacy, and what it means to be white in America—and who work, write, live, hope, dream, and practice change. Some lived during the Civil Rights Movement, for example, while others lived after—and in your case long after. I think this genre of autobiographical writing is significant in a scholarly sense, but also it seems that among some there is a deeper kind of reckoning going on. Any thoughts on this trend? What is different, if anything, in your opinion, about someone from Generation X (and I am part of this generation as well) writing about racial justice? 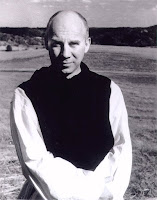 JWH: I love many of those writers you’ve mentioned. But my real inspiration in terms of writing is Thomas Merton. After I’d read a number of theological essays about the importance of “narrative,” I picked up a copy of Merton’s Seven Story Mountain and said, “This is it!” Narrative theology, so far as I can tell, is about telling the story of God’s involvement with the world.


Du Bois knew that the problem of race demands an imagination that pushes writers beyond the standard genres. The Souls of Black Folk was a generic experiment, mixing sociological research with critical essay and personal narrative. So the white writers you mention, including me, may just be following the example of a black man who led the way in facing this problem.

BB: You suggest several times in the book that for white Christians to understand racial justice, they (we) have to drink deeply from the wells of the black church. It seems that one place to begin the journey is to change reading habits, and displace or replace former (white) theological heroes of the faith. Who should we read? And how do we read these books without falling into a kind of evangelical hyperindividualism that works to absent us from application of knowledge in the wider Christian community? Or, to put it another way, what and how do we read to decenter our white selves?


JWH: I’ve learned a lot from reading Richard Wright, Malcolm X, Toni Morrison, Cornel West. And Martin Luther King, of course. Most of us know so little of what King actually said. 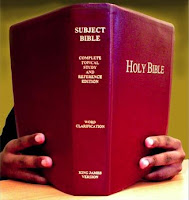 But it also matters who we read with. Especially when we read Scripture. The people I mentioned are all intellectuals. Great thinkers can be a gift, but most people never read monographs or novels. Most Christians read the Bible, though. We can decenter our white selves by sitting down and reading what Jesus said with our black brothers and sisters. If we ask what it means for “us” in that context, the new us is itself decentering. Jesus might even have a chance to slip in and insert himself at the center of our lives.
Posted by Phil at 5:23 PM 1 comment:

Dialogue on Race and Religion in Houston

Next Saturday in Houston there is a race and religion forum at Lilly Grove Missionary Baptist Church from 10am-2pm. Michael Eric Dyson and Michael Emerson are two of the noted speakers. Should be an interesting and engaging conversation.
Posted by Phil at 2:00 PM 1 comment:

Back to blogging now, after a brief break. Also, thanks to Paul Harvey over at Religion in American History for linking the interview.

++++++++++++++++++
Baldblogger (BB): Keen readers of your work may notice that The Great Awakening is something of a sequel to your first book, The Protestant Interest. Your first book was about the creation of evangelical identity in America, and the second about identity and practice forged in the fires of revival. Is this an accurate observation, and if so, what do you see as the key connection between the two? (Perhaps the Christian Sparta book will constitute a trilogy—comment on this if you like too.) 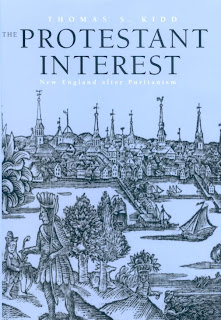 BB: The Great Awakening is the first synthetic treatment of this event in many, many years, and as you point out in the introduction, scholarly snapshots of the colonial revivals have appeared consistently the last 20 years or so. In your own scholarly journey, when did you identify the need for a book such as this, and what was the process by which you carried out sketching the project and organizing it? Connect the dots for us.

TK: As was finishing my dissertation, which became The Protestant Interest, I began thinking about doing a book on the Great Awakening. Historians have noted for twenty-five years or more that the Great Awakening lacked an updated synthesis. This, to me, seemed a remarkable omission in the literature, given the Great Awakening’s status as one of the seminal moments of the American colonial era. As I looked more closely at the literature on the Great Awakening, however, I became increasingly dissatisfied with the usual interpretive framework of “Old Lights” versus “New Lights.” That rivalry just didn’t ring true to me, as I saw just as much feuding between different kinds of evangelicals, whom I call radicals and moderates. My hope is that this book both synthesizes the massive literature on the Awakening, and gives it an improved taxonomy of competing positions.

BB: If you can nail it down, what was the most important archival discovery you made in researching The Great Awakening? Why? 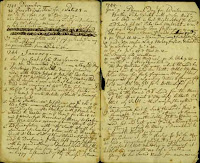 TK: The primary sources on the Great Awakening are fairly well raked-over, but I found that there were many sources, especially on radical evangelicals, were underutilized. I uncovered at least one source that was entirely neglected--the narrative of the miraculous healing of Mercy Wheeler, of Plainfield, Connecticut. I published an article on this episode in The William and Mary Quarterly in 2006, but I also discuss it in the book. Her healing perfectly illustrates the agency and creativity of radical laypeople in the Great Awakening, and shows how mystical experiences could empower lay women and men in the revivals.

BB: One of the points you make early in The Great Awakening is that contemporary accounts of the movement overlook the role of the Holy Spirit in evangelical revivalism. This speaks on the one hand to questions surrounding religious practice (i.e., “manifestations” of the Spirit), while on the other hand it brings a focus to the role of “enchantment” (to use a sociological term) in this history of evangelicalism. You effectively sustain this line of argument throughout the book. What exactly does understanding the role of the Holy Spirit add to our understanding of colonial evangelical revival and religious practice? (Reading between the lines here, are readers right to identify this angle of analysis a silent commentary on your own faith tradition?)

TK: The Great Awakening was shot through with mystical manifestations of the Spirit (trances, dreams, visions, healings, spirit journeys, etc.). Historians have often not known what to make of such episodes, and have only recently begun to look seriously at them as an integral part of evangelical history. Historian Douglas Winiarski has probably done more than anyone to alert us to the teeming presence of the miraculous in early evangelicalism. My sense is that the mysticism of the revivals fed their intensity, subversiveness, and individualistic tendencies. The belief in the Spirit led many common people to believe that they had a more profound experience with God than many of the state-supported, college-educated pastors. I certainly also have personal interest in the ways that experiences in the Spirit tend to fuel a kind of Christian egalitarianism.

UPDATE: Robert Orsi, from a popular Catholicism perspective, addresses this line of thinking and analysis in a 2007 article explaining religious mysteries and human encounters with the transcendent. For further reflections readers might also wish to read Orsi's 2006 interview in Historically Speaking. And of course in this context we should not fail to mention two recent books that help scholars to ponder analysis of the unseen: Orsi's Between Heaven and Earth and Thomas Tweed's Crossing and Dwelling.
Posted by Phil at 9:25 PM No comments:

I recently came across the documentary W.E.B. Du Bois: A Biography in Four Voices. I was not aware of it before, and a brief Internet search indicates it is only available through California Newsreel--a solid company that does fabulous work but whose documentaries are often prohibitively expensive.

Has anyone seen this? Used it in the classroom?
Posted by Phil at 5:08 AM 2 comments: